One designer for the whole company. You know the drill. I did it all at Rapiddo. Great times. Apps, motion graphics, branding. I told you!

One designer for the whole company. You know the drill. I did it all at Rapiddo. Great times. Apps, motion graphics, branding. I told you!

Role
Product Design, Branding & Motion
Period
From mid 2017 to early 2018
Stack
Android, web & After Effects
Cool links
Motion onboarding
Starting out
Rapiddo was my first gig. It got me set up in the logistic industry of products. As iFood still is, Rapiddo was a company of the Movile Group, a huge company that encompasses a bunch of product and services in multiple industries. What eventually became the Logistics Tribe at iFood was the main Rapiddo team. We got "acquired", more like merged by, and then we set out to continue our Rapiddo's efforts beneath iFood's umbrella.

But, back then, Rapiddo was your average startup. Small focused team, a lot of talented folks, goals and objectives up in the roof, aggressive timelines and dreamlike vision. And of course, little money. So as you'd expect, a lot of stuff didn't got out of their MVP. Kinda the whole company functioned in a MVP set of products. The dev team wasn't all that huge and they were located in another city, which made harder for the ops team communicate the problems they were seeing face to face with users.
Have you thought about branding as a product problem?
Yea... have you? That's what I used to think at Rapiddo. By being a small startup, most clients had difficulty understanding the problems Rapiddo was trying to solve. And at the most macro level, what is the company about. I noticed that problem even by being an employee. There was no branding guidelines whatsoever. And I got out to set up one for that. As it was one of my first gigs, I was making simple stuff. But looking back, they were fundamental. As I said in the sub-title, I did it all there. So, in the early months, I was building a brand guidelines resource among refactoring  a bunch of old keynotes the commercial team used to deploy on sales meetings. I really think this is important when trying to pitch your company out. Sometimes, it's all about how you sell the dream. Even if you don't have the means to build it. Maybe by how well you sell it, someone will fund you. 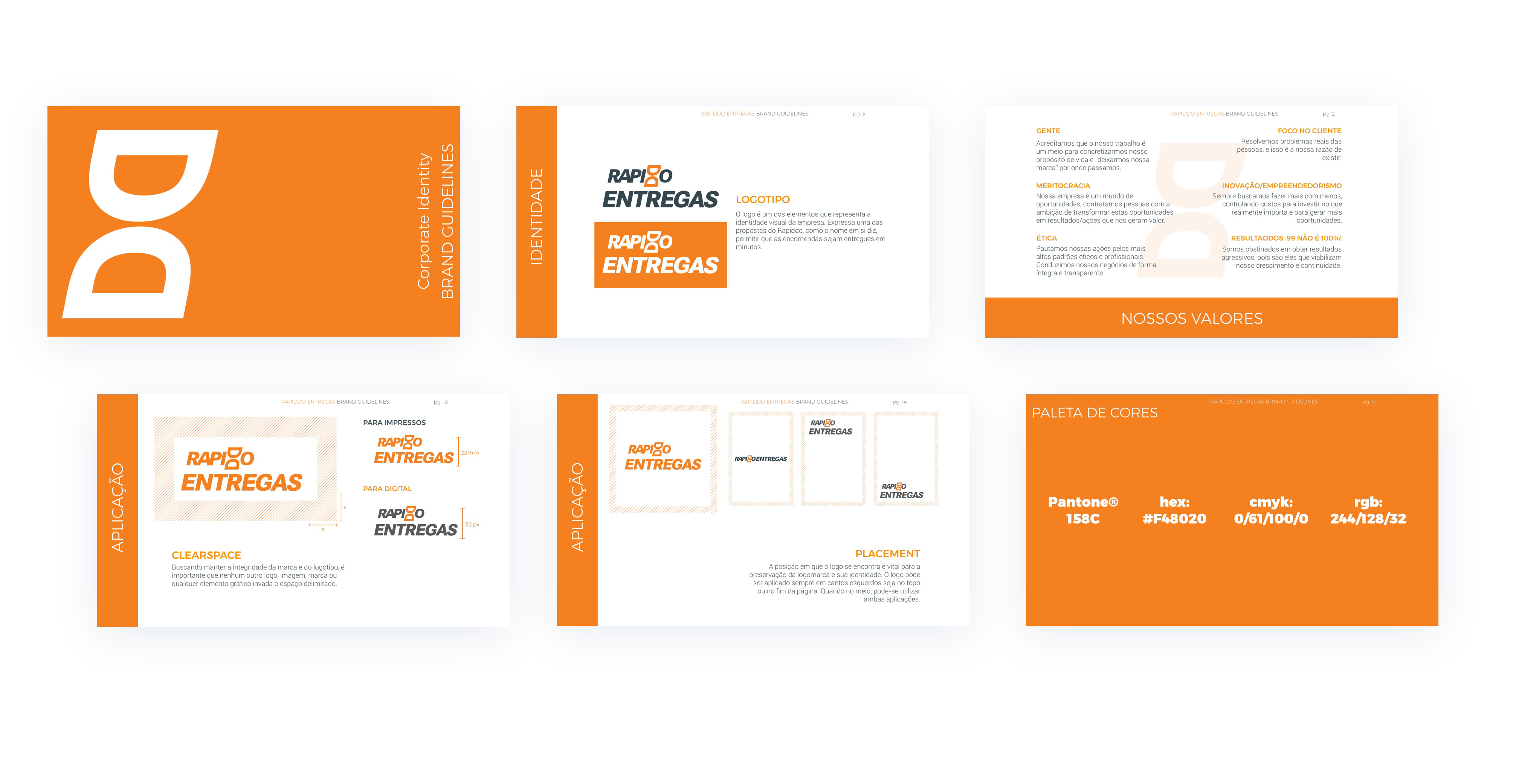 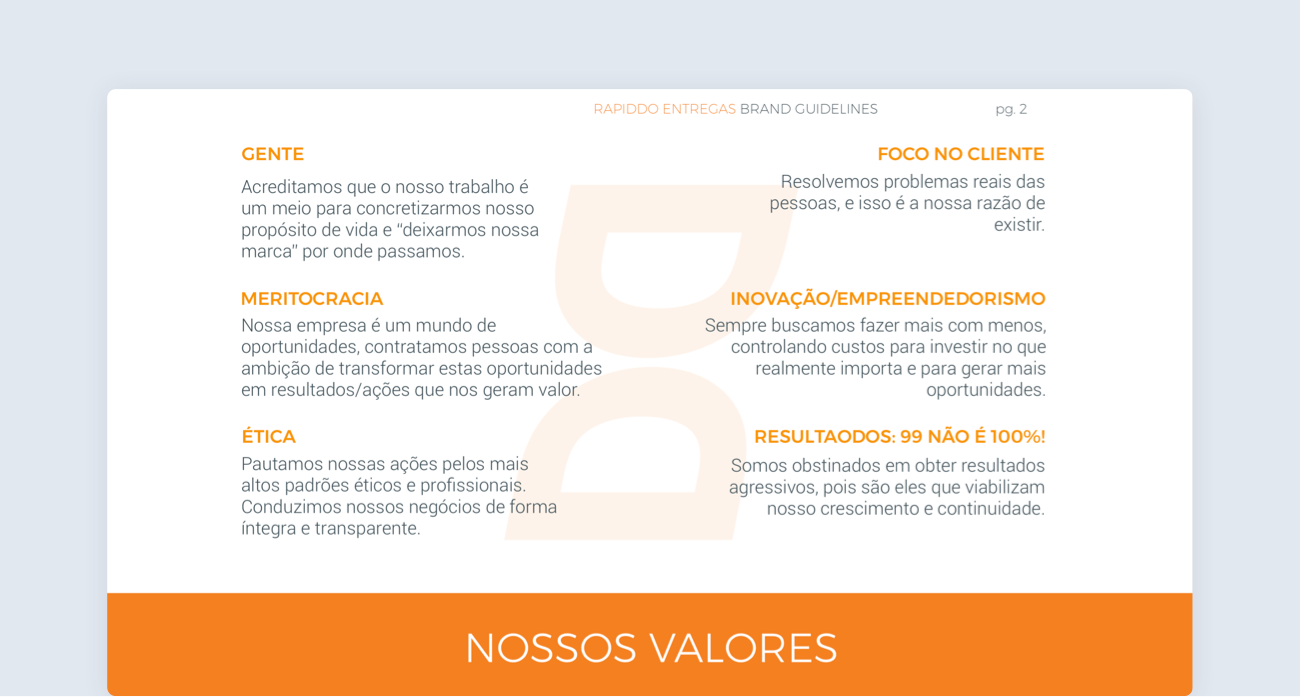 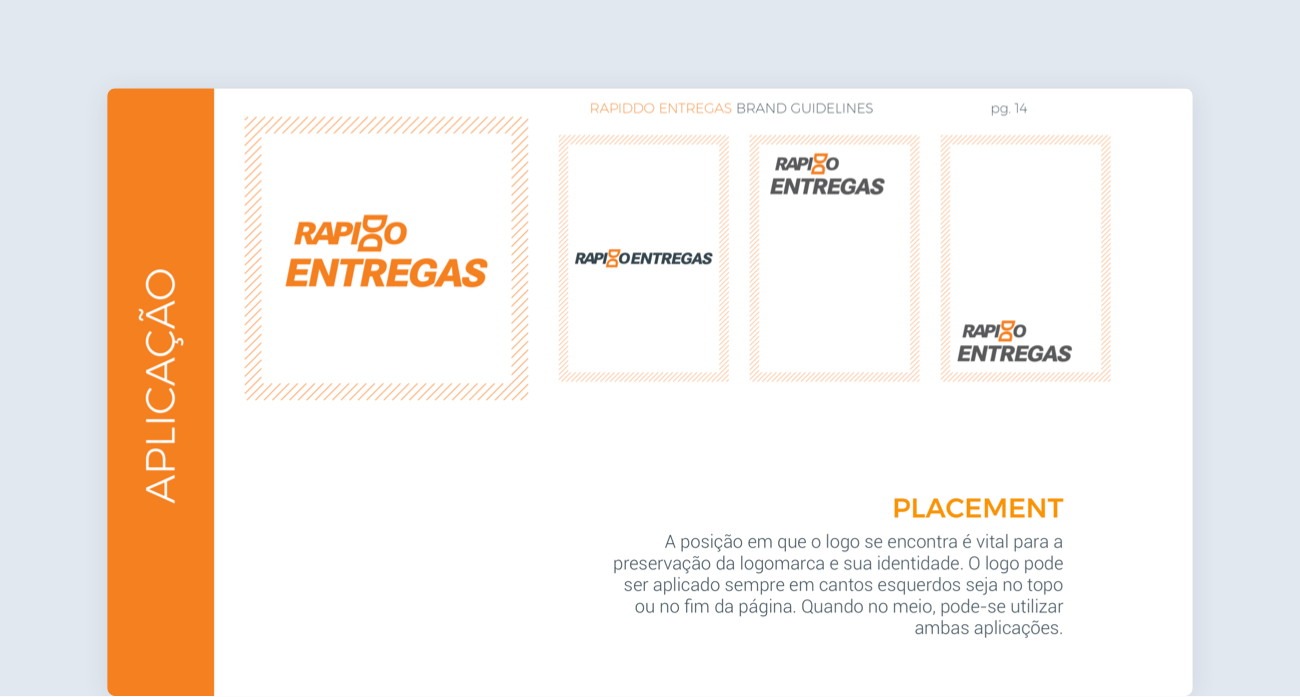 Joining the fleet
Most of the problems I faced during my iFood period were the same at Rapiddo, with less budget and few dev capacity. We had very serious problems when it comes to onboarding drivers. You can read more in detail about the same issued I faced when in iFood here. But back in Rapiddo, as our operation was small enough, we could provide "activation" events of drivers. By that I mean that the company used to sent some of the ops team around the country to set up a talk, in some hotel room, to explain all the bits and pieces of how to be a driver in our platform.

It used to be a 60+ keynote with bunch of slides showing app screen shots and other ones explaining more in depth some of the rules of the service. That was tiring and expensive for all of the involved. We had to come up with a more scalable way of onboarding and training new drivers. We had a constraint of not changing anything in the native app. So we really had to be creative. And by that I mean: motion graphics. Yes, that's what it was. There I was, 3 months deep into After Effects tutorials.

We did some really legit startup work there. Very low budget. We got a co-worker of ours that liked and sang really well to record voice-overs for the videos. We then compromised all of the tiring keynote and talks the team used to give country wide in a set of 7 educational videos with animations, explaining every bit of detail we had in our operation and app. That was really out of the box by that time in the company and actually made an impact. The ops team really started to travel less and in conjunction with other onboarding optmizations the team done, we got a pretty stable supply-input machine going on.
One of the motion graphics made for the drivers onboarding. It was a series of 8. Theres 2 available in my Vimeo account. Take a peek!
Exploring and learning
By sometime, Rapiddo started to cool things down a bit. That's because, I guess, the iFood deal was starting to get closer and closer. Normal employees, like me, weren't aware of this. But, in the mean time, we started to dug deep into more problems we had in regards to the driver fleet. And these problems really took me off in advantage when in iFood, because they were identical. We had so much trouble trying to have a stable supply showing to take the orders. Because of that, we started to come up with ways to better enhance our promotion, the main call-out mechanism, flow in  the app.

That, unfortunately, didn't pan out because the deal was close to happening. But the lesson I take from my experience at Rapiddo is to be really creative. When you set out for yourself a constraint as hard as not much money, you need to think the possibilites with the resources at hand. That's when we started to have interesting conversation about what we, as an almost product team, wanted to do. Like, vision wide. And that started to create an alignment that was special by that time.

We explored a lot of stuff at Rapiddo and those times were too special. I met people who I hold close to me to this day and I'm very happy to have had the opportunity of tackling problems over there. I didn't have a clue, before joining, that it'd be that cool. 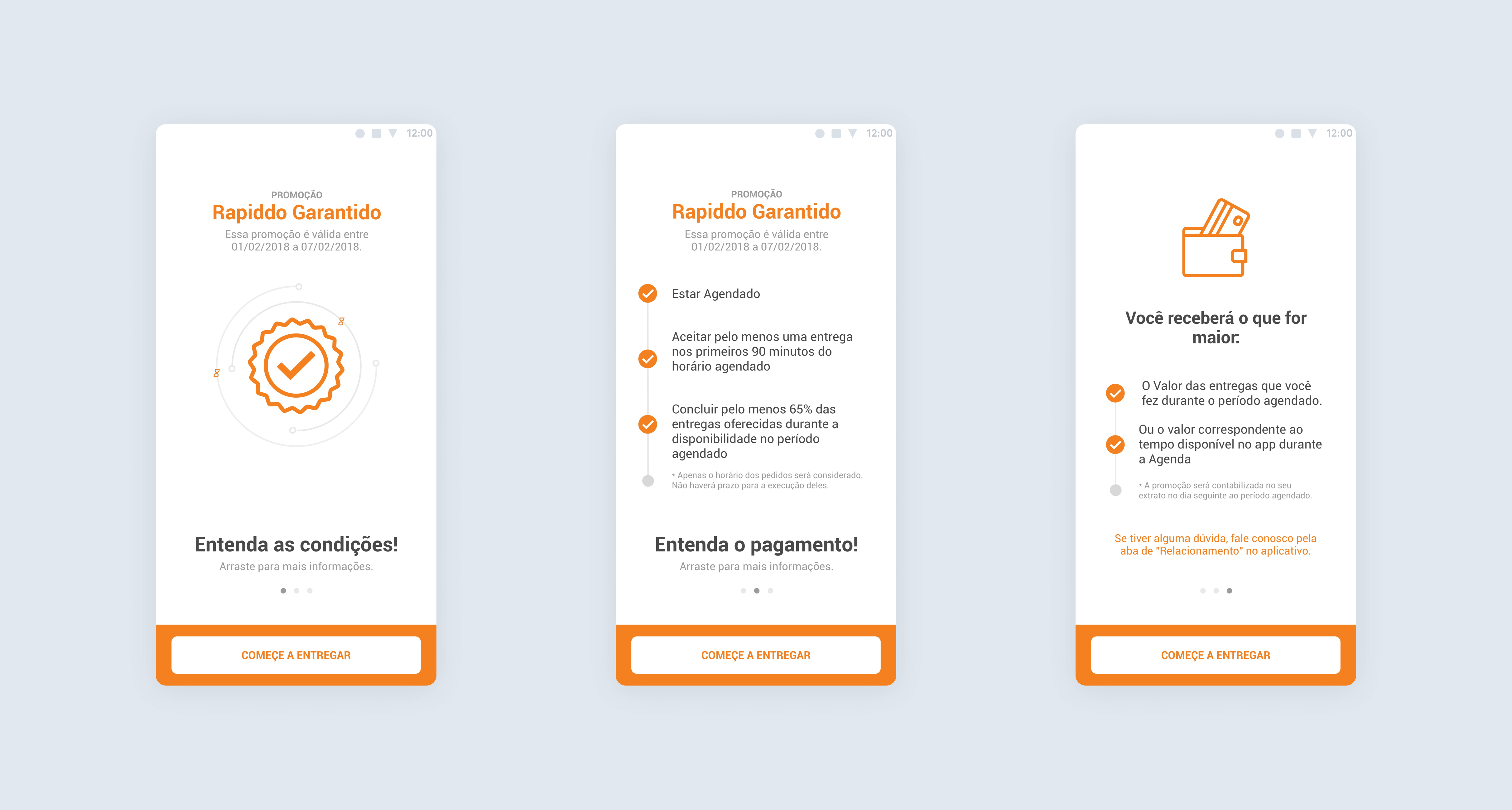