A product built for doctors. We were tackling huge health care problems by being user centric and focused in changing paradigms.

Role
Product Design & Research
Period
Mid 2019
Platform
PWA
Cool links
Dribbble shots: one and two
Context
Livia is actually a product. The company was Nexa, which was a small start up at the heart of a major health company in Brazil, called Dasa. Dasa is one of the main private companies within the health sector, owning a whole bunch of clinical analyses labs all over South America. Along many of it’s endeavors to add more tech flavor to lots of products and processes, Nexa was one of them. I joined when the company was with a little more than a year of operation, very small team but working within one of the best and most favorable environments for the product.
‍
Health care is a challenge world wide. Brazil has it’s special challenges because of many things, most of them centred around health treatment access in general. It was a thrilling and different ambient for me, for sure.
About the product
When I joined, there was already a product called Livia - it comes from the expression Live AI, because you know, the AI hype. But it was very much focused in centralizing lab exams results for patients. Very closed niche and product scope. As we started figuring out what value the company could provide to the whole group, we figured that gathering and organizing patient health data from lots of places in one and then curate them all to set it off a pattern of some sort, was the deal.
‍
A lot a bunch of discovery sessions with the team and researches with doctors and other people from the health care industry, we agreed upon that the user for this product is actually the doctor. There’s so much work to a doctor outside the actual medicine knowledge.

The user always figure it out somehow
As I said, the doctor has to do wear many hats in order to actually be a doctor. Things that we could see as easy gets really hard when lots of volume come a long. Just imagine, being a doctor, having, say, 25 patients, with different conditions each. It’s pretty hard to remember what you said in your last appointment. And I mean, everything is important. For doctors, it’s pretty fundamental to know not only what you are feeling, where it hurts and stuff like what did you ate or stuff like that, but also what is your profession, what do you like to do when you’re happy, if it is everything all right with you emotionally and etc. In order to take care of someone deeply, they must dive in your life in general.
‍
But that’s hard. There’s a lot of solutions around for eletronic health records. See, people call “eletronic” still. Because most doctors still use pen and paper to write down all about you. Most of the tech around this is non user centric at all and consists in interfaces that recall 2000s web design. Gross stuff. But even more than that, often times, there is no intelligence. No smart tech. 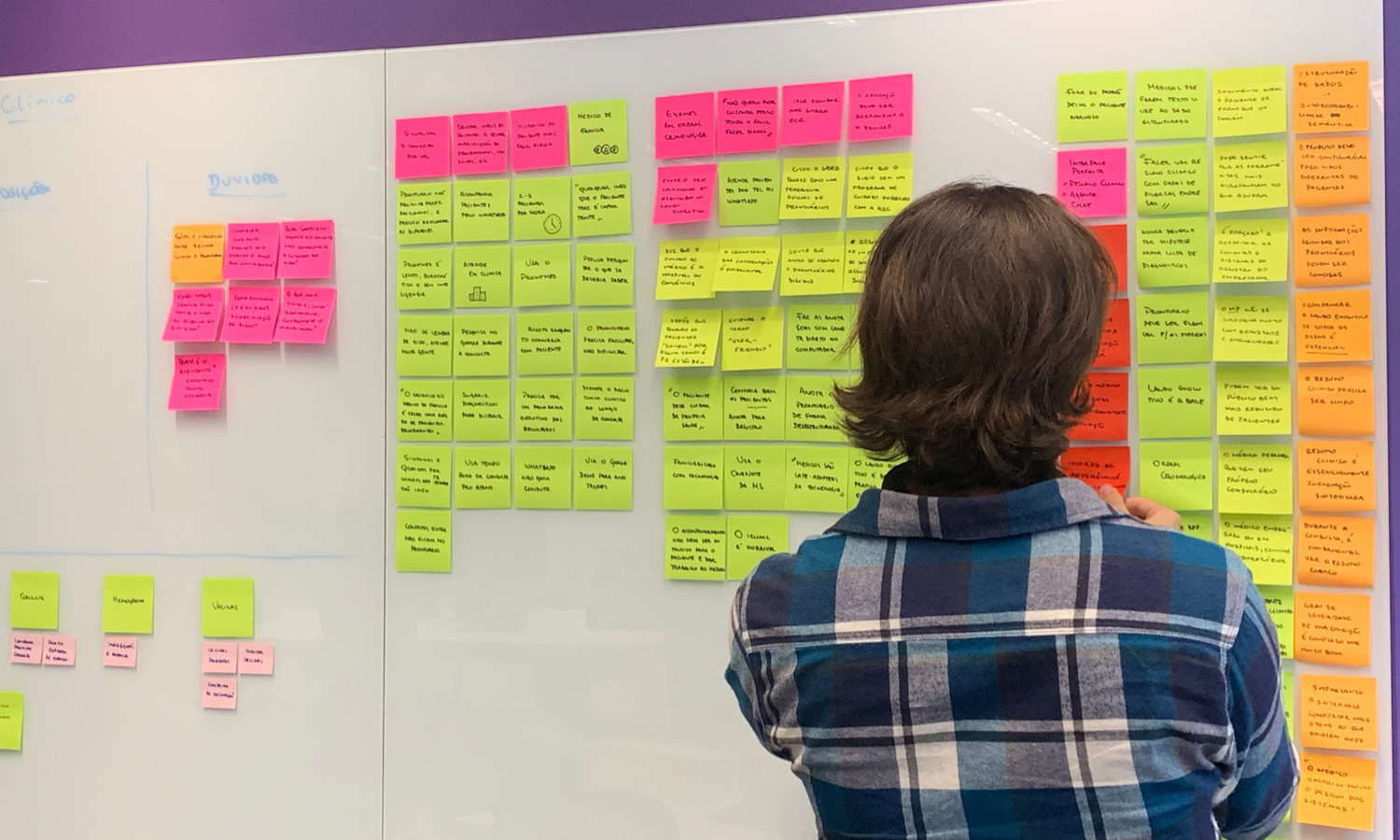 There you go. Your classical designer-post-it-portfolio-image. Had to do it. Post-its are actually great!
Finding what is needed, useful and rejectable
As there was another team handling the data connection between multiple fonts, the squad in which I was in was mostly occupied with sorting what type of data is important to show, how and what kind of data manipulation would useful. We found that doctors would like to see all your health data resumed so they can easily remember you and then see the main indicators of your health. All detailed info could in another layer.
‍
Other huge challenge was figuring out what type of data intelligence would be useful. Is it good if I show you everytime the glicose of one of yours patient spiked? There was no binary answer. Some doctors liked, some not. A myriad of user profiles in different scnearions. 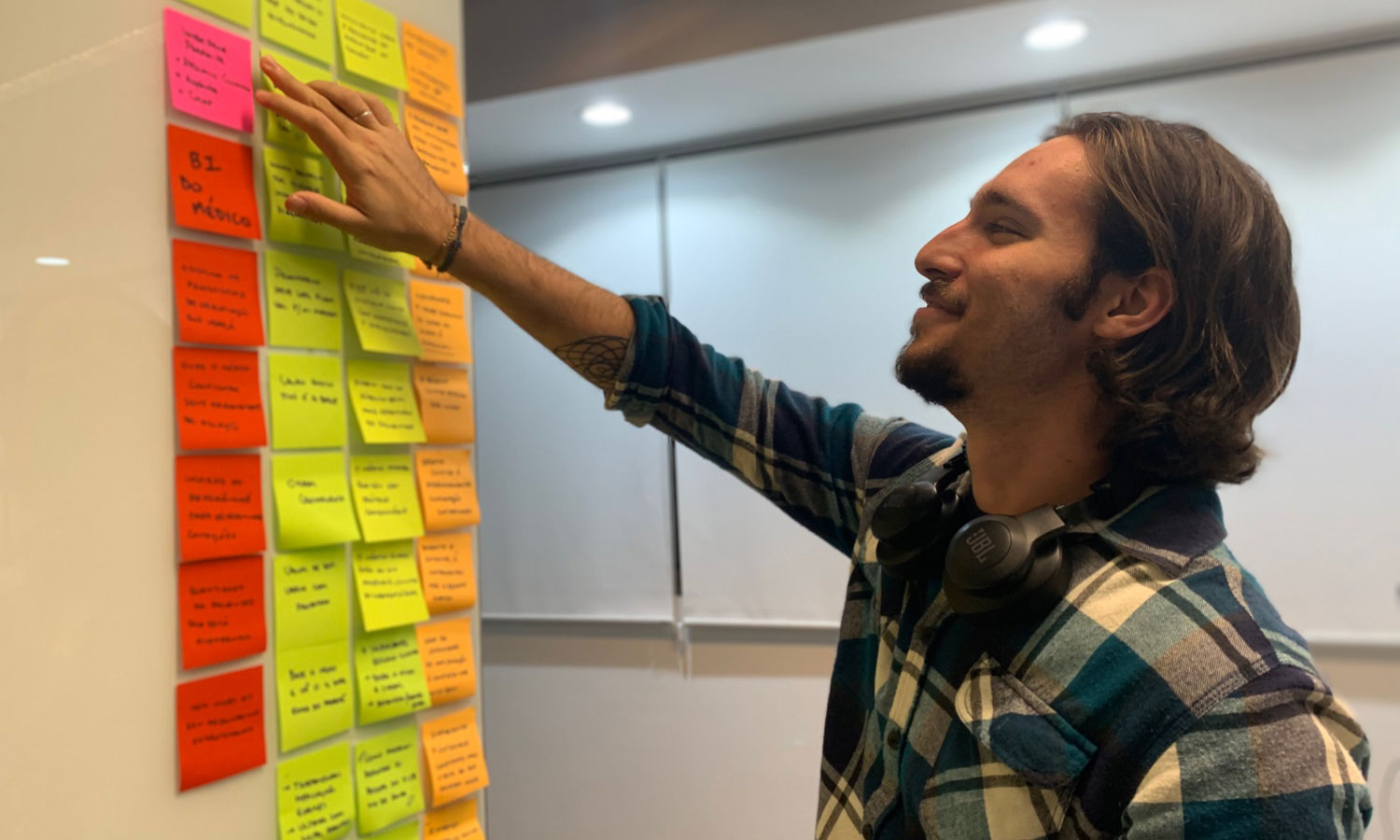 Categorising research findings. See: post-its works!
Mato alto
In portuguese, there is this saying “mato alto” which literally means “high bush”. We use it figuratively when we believe there is a lot of opportunity, a lot of ground to cover. And this was very much this case. Health care is an untouched industry for a lot of reasons, but still one of many possibilites. I left Nexa because I was not feeling like it was time to invest most of my time in this industry for I believe that it will take a while to spin the wheel. But I still believe a whole lot in what and how we were doing stuff.
‍
The product itself was very well designed, with an awesome team running a long it. In it, I worked with some of the best product managers I’ve ever worked with, along with other incredible developers. We had few user traction but despite of that, we were shipping brilliant curated software.
Results
I left the company having developed an awesome application, with almost zero certanty about product market fit. This was very stressful at times but it taught me a lot about how to seek it and how to distirbute efforts while you are unsure of it. I believe these guys will eventually shake things up, providing new and better tools for us to take care of our health. 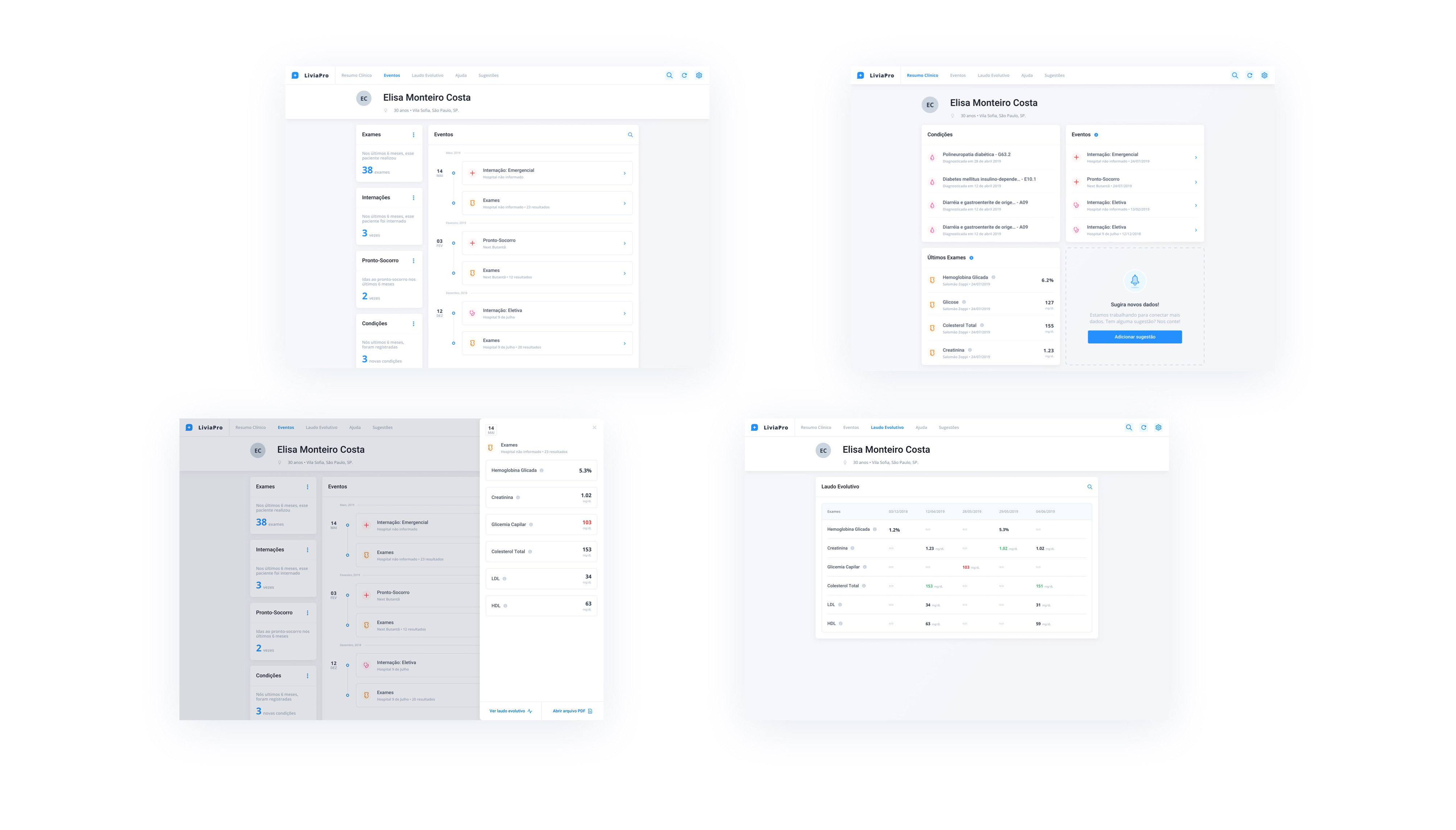