Designed the new driver app from the ground up. Small team, challenging goals and huge impact. A product that is very close to my heart. What a ride!
Open doors
There's no much secret to what's an onboarding flow. But there's a bunch of intricacies that you have to be aware in order to make your entering point delightful and assertive. If you reading this isn't from Brazil, you must know that people around here usually aren't very document organised. If you then zoom in at the driver population, that gets even messier. The implication to that in our design was the need to set an experience very clear, with clear steps and instructions. 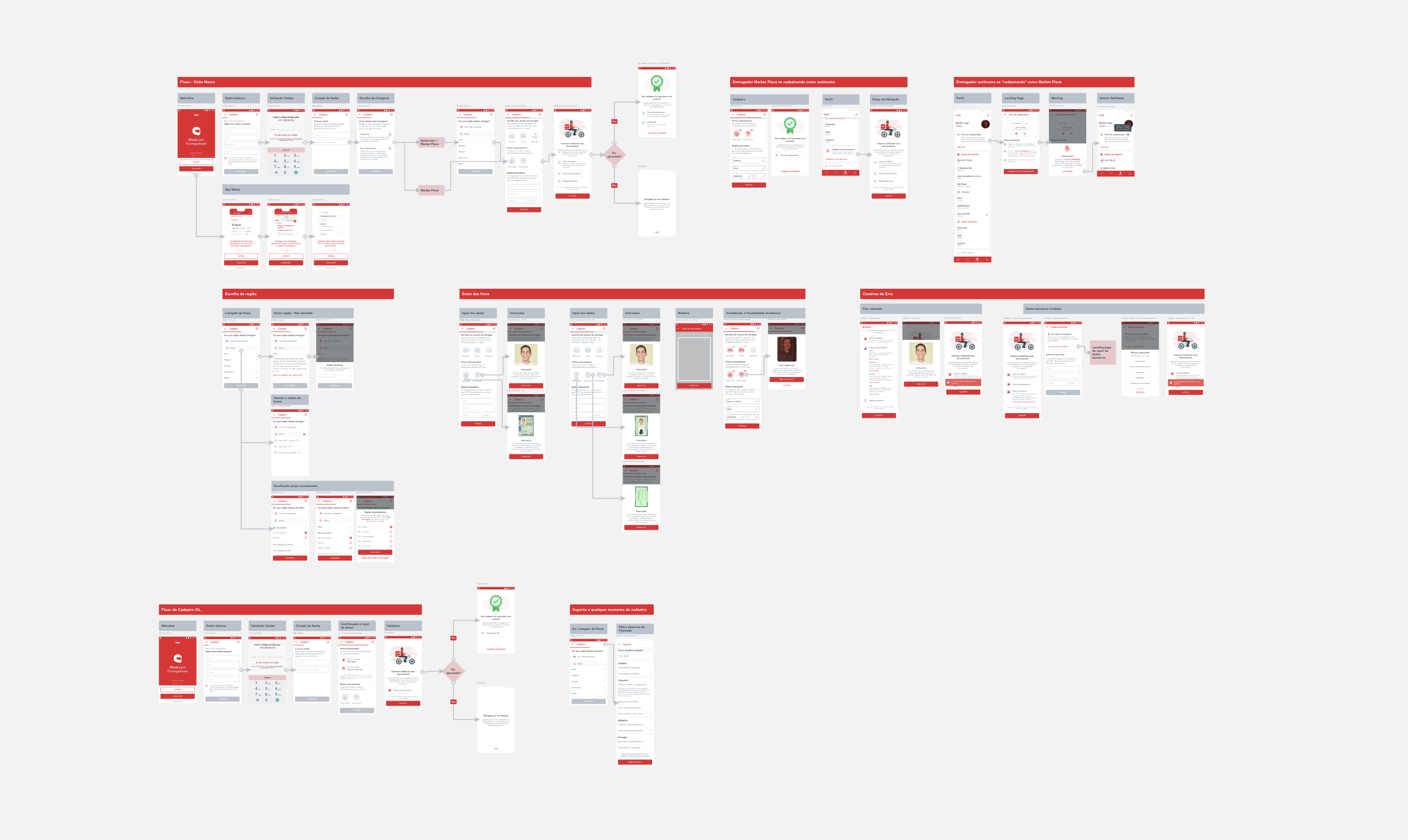 Onboarding flow bird's eye.
What's at stake
When you're dealing with market places in general, the balance between supply and demand is your ultimate challenge. At iFood, we had an increasing order figure day after day and ourselves at the Logistics Tribe had to support that by offering the right amount of driver supply to deliver all of it. There were multiple times where we needed to onboard a bunch of drivers in between a few days. That is the main importance of a proper designed onboarding flow. In times of under supply, you need to have confidence that. your entering machine is working properly. And our wasn't all that much.
Make your sub-titles matter!
Well, that's at least something I told myself a lot. That's because I wanted to ship an onboarding flow that brought the least amount of doubt possible. Of course we had complementary channels for which we could direct users to it in order to give more detailed answers but I really wanted to commit to the "complementary" aspect of it. The main flow should be taking care of most of it. This product principle around this pillar of the app set stage for a simple UI design decision that was: using lot's of sub-titles. I'm a fan of good redundancies. I'm willing to compromise my beautiful design so good information is passed on through at the right time.

Other thing we did was set a stage visualizer. What I mean by that is simply adding a progress bar to the top bar of the app. A simple touch that aimed at reducing drivers anxiety at inputing to our onboarding. And that is specially important because we took in consideration the journey of the driver as the main frame to design from. You see, drivers are most of the time, well... driving. There are moments, here and there, where they'd be doing nothing, with their vehicles parked. Those may be between one delivery and another or else at their houses by the end of the day. Showing progress is a way to present how much time they would spend in our flow. And given the moment  they chose to enroll in it, time and length are key factors for deciding wether they wanted to do it.

This onboarding flow is specially complex because it has a bunch of specific business rules that we needed to follow. Like, asking for certain documents and informations, at the right time, to have a proper user built in the data base. Sometimes, these were non-negotiable. But in the UI, we could provide a more simple way of asking those things. That's why I chose to summarize the three top inputs users had to do it in one screen only, appearing and scrolling in as they finished inputting the first item (That's the third UI in the figure below I'm talking about). That not only reduced friction but it also told a story straight: first we need to know with what vehicle you want to drive, in order to know what documents to ask. 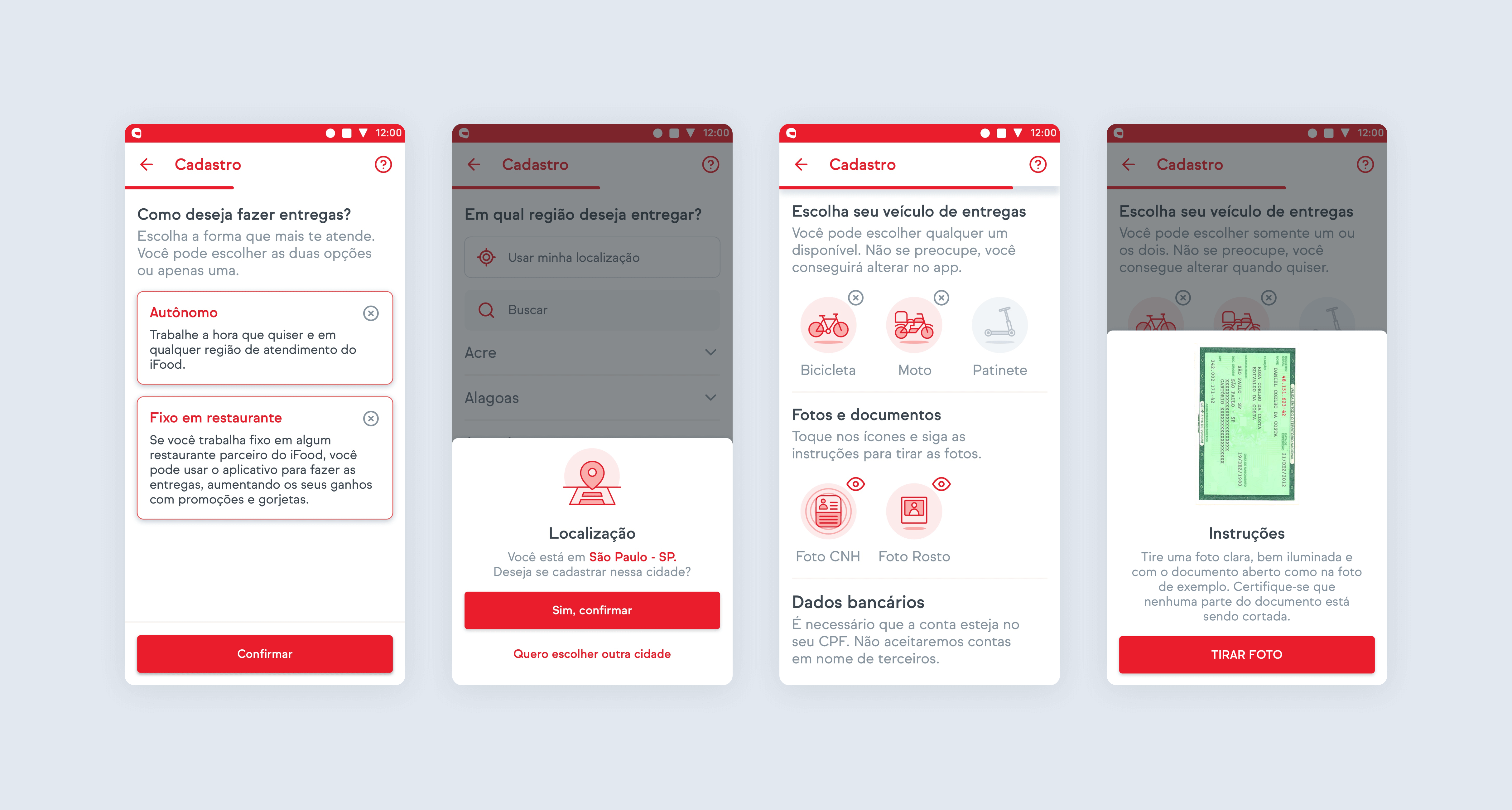 Lots of sub-titles.
Launching and learning
There's never an end to a product work, there's simply the time you ship something and look further in the horizon. One of the main features we added to this new onboarding flow was the validation following. We had a communication process going for when the driver goes from one status to another. The UI reacted to it showing properly where and why the status was what it was. This was one of the main questions pilling up in every CX inbox we had: Zendesk, Google Play, email, etc. Everyone was asking: how's my sign-up? We provided a way to answer that natively in the app and helped a whole bunch. Specially the CX team that could go forward at replying other questions. And that's a very important lesson learned: experience design is not the designer responsibility, it is everyones'. CX brought me so much value at illuminating when, where and how users were having pain. So many problems around this flow got considerably better after we shipped, specially having built it with help from a number of teams.

Drivers had many issues with inserting their bank accounts, specially here in Brazil with different codes for each bank. We tackled that and reduced a great amount of payment errors. Some drivers used to take a very messy picture of themselves for their profile and, at times, we even had to reject some sign-ups because of offensive pictures. That went a bit away with the new design, where we put a clear instruction as to how the profile picture should be taken.

These are few exemples of micro problems regarding the onboarding experience for drivers at iFood. I'm sure this was a step forward at the right direction of balancing supply and demand in a challenging market place. 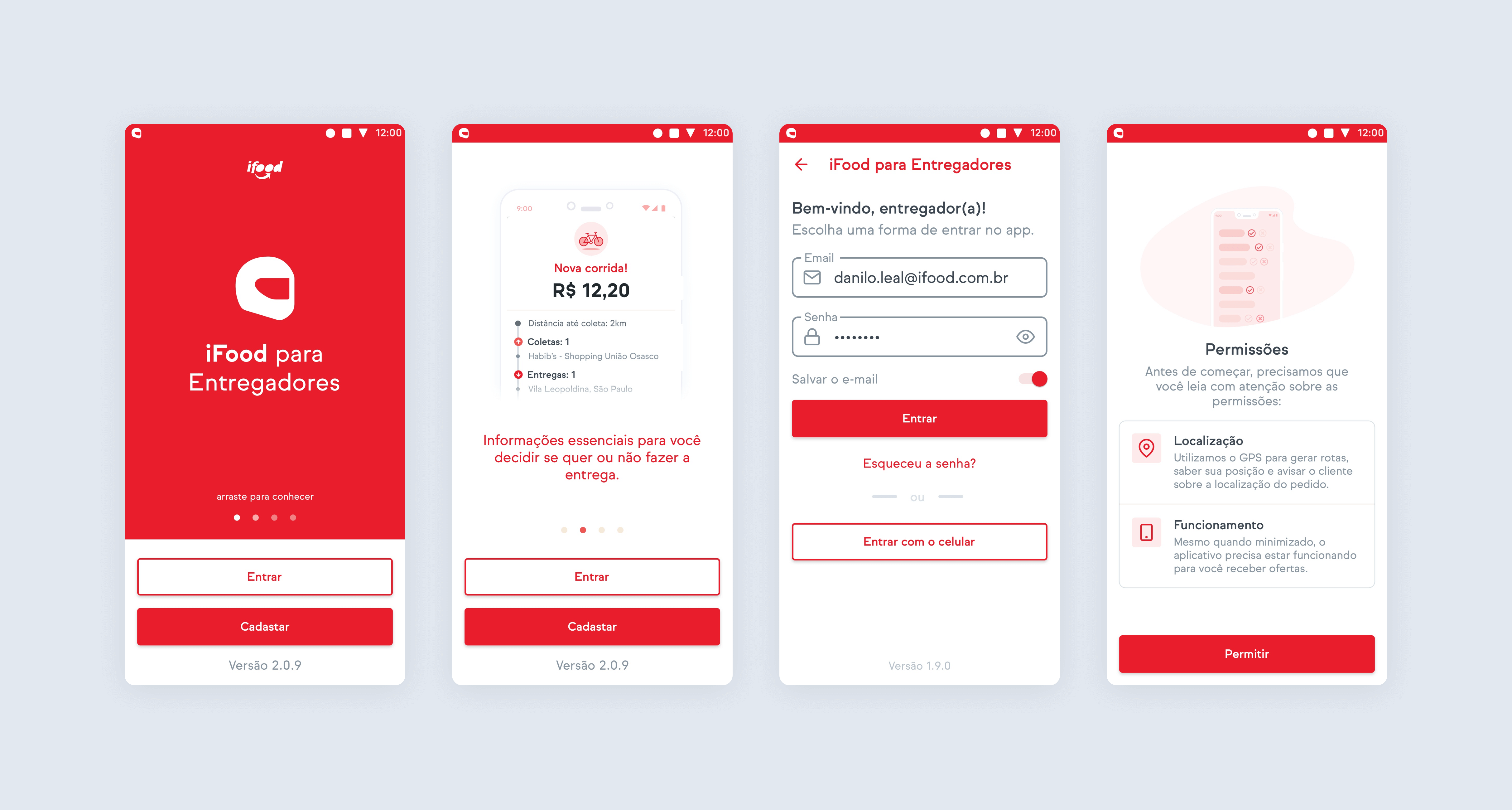 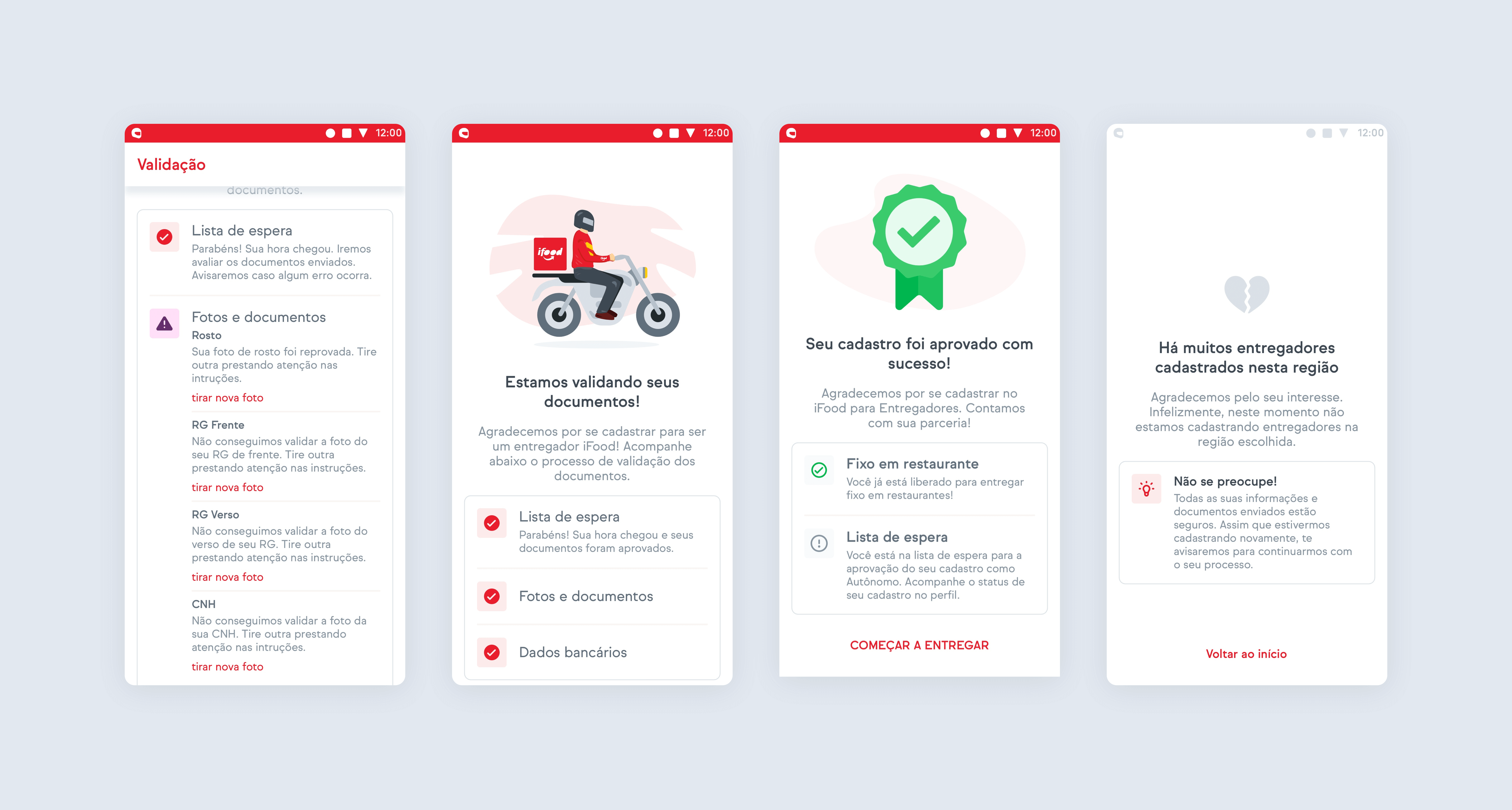