In-depth view for a more detailed way of looking at delivery driver performance.
What's about
Most people when performing anything would like to know how they're doing it. This is special for operational processes that includes so many aspects of efficiency and quality. Drivers, in the iFood fleet, craved since the early days of the product for more in-depth visualizations of their performance. That included not only the operational side but the financial too. And the latter is actually, kinda, the main point here.

Gig economy is tough. It's far from easy. Despite getting to be a part of several players, the individual has a hard task of compiling results and checking what role in specific is serving them at best. My main goal tackling visualizations of driver performance was helping that task. I wanted to breakdown in a much broader detailed way how one driver was performing in our platform. That also went hand in hand with a product principle set of transparency. The lack of, therefore, caused a growing feeling of vulnerability, the sense of exploitation and confusion. We wanted to go away from all these by providing clear information, presented in an organised way.
Impact in the ecosystem
Of course we entered most Facebook groups of drivers. Frequently, we'd see posts arguing and complaining about iFood stealing money from them, questioning when we'd pay them their delivery fees and if it was making sense riding for iFood at all, since it was confusing to know how much they've gained from it. All this unhappiness had a big toll in our CX team, in multiple channels. By the time of the research, we had about 4k tickets opened with perfomance related questions and somewhere about 500 comments in Google Play raising the issue up.

And that was very rightful so. Below, I'm attaching some UIs from what was the product in the sense of performance data display by that time. It was too simple, little details. We needed to improve badly from that. 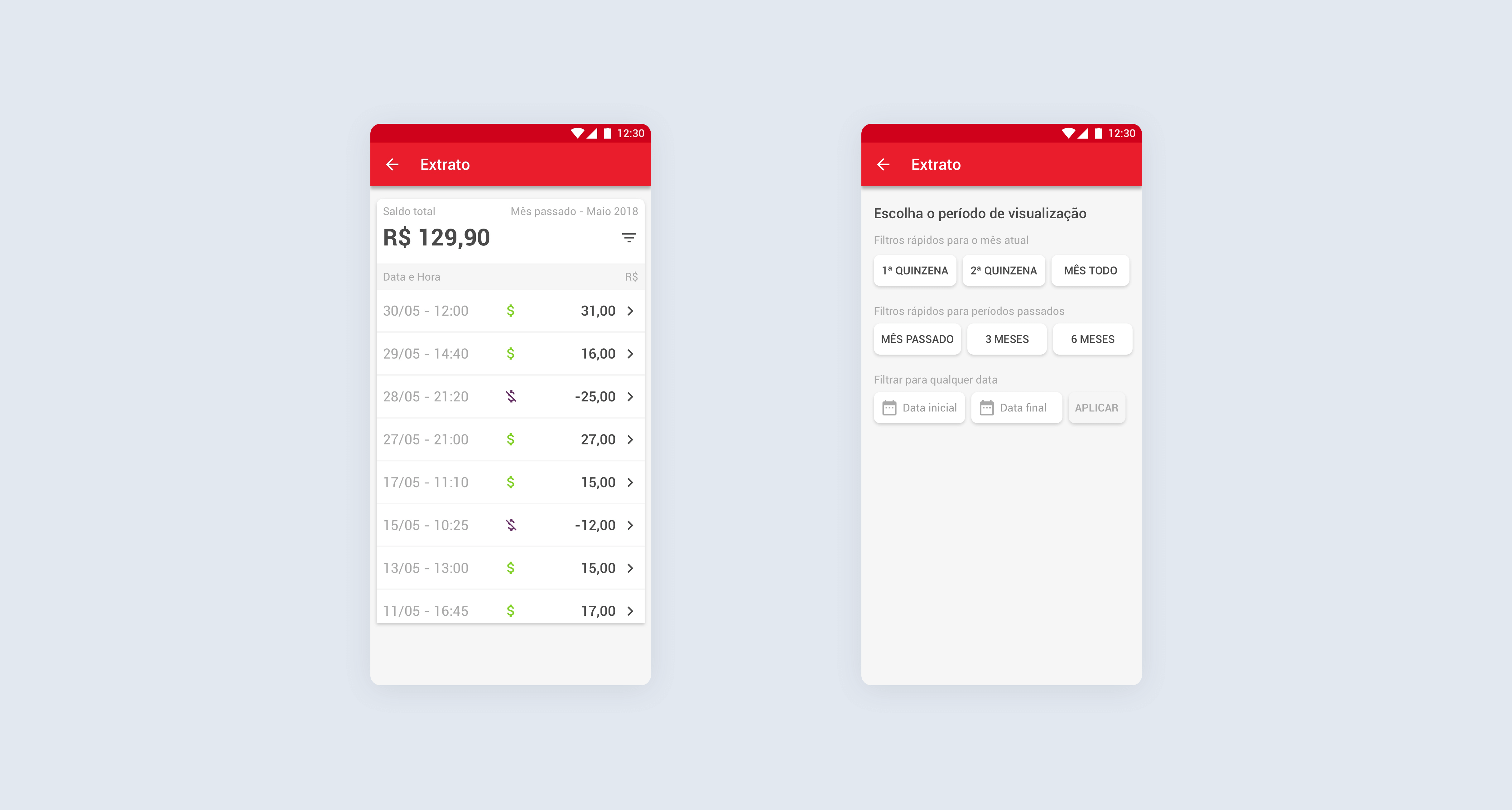 Getting context
In order to have more buy-in of the initiative, I surveyed about 3,5k drivers in our data base. The main goal here was to understand more about their relationship with money and financial organisation. We also wanted to learn more about how they related to features we already had, even though they were still very raw.

Drivers are usually very simple people with structural needs. We observed that clearly in the survey seeing how most of their spendings were in basic stuff, like rent, food, children and, of course, their work tools. This paints the picture of how important is money to them and how proper tools for organising different streams of it would be very helpful.

We also went for learning when the information is actually scanned through. Do they analyse their performance between one order and the other? Do they, before bed, go and check how were their days? Do they compile a month worth of riding in some kind of tool like Google Sheets or Excel? All this set us stage to how to place stuff in the UI and the level of depth we should add to the navigation. 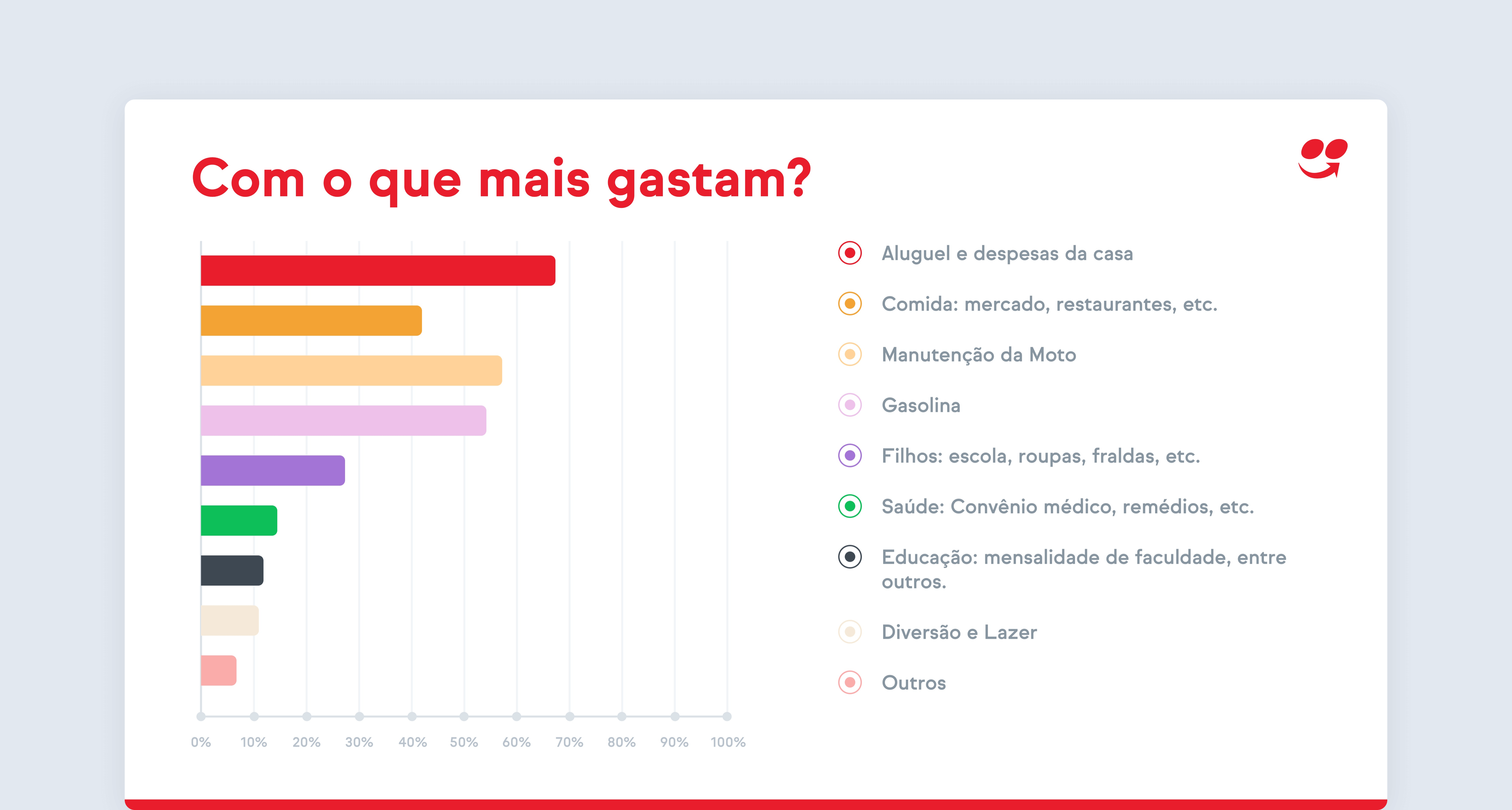 Piece of our deck showing survey results. Here I rank how drivers spend their money.
Challenges and launching
Gathering information seems kinda tricky in most systems with complex architecture. This was no different. We had challenging tasks for arranging all sets of performance data together in order to show them to the user. I left iFood little before the rollout of the first version of this epic. I'm happy that to this day, the team there continues to evolve this goal and less because it's something I started when I was in the team and more because drivers really need and will benefit a whole lot from it. It's no easy job riding on all day long. Not at all. And I'm proud to have had the opportunity to provide some sort of tool for making it easier.

If you want to see this in movement, check the prototype going to the link here. 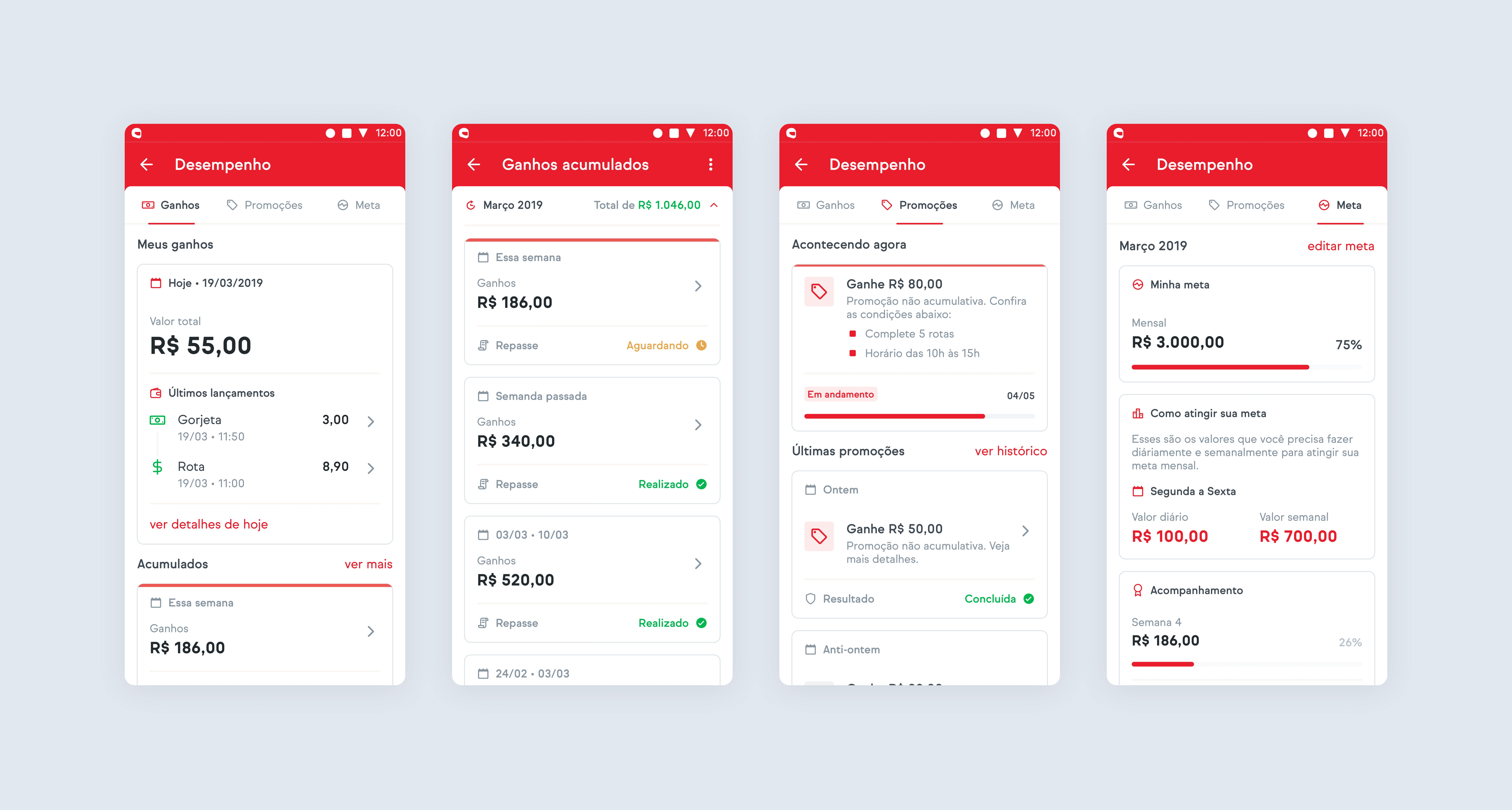 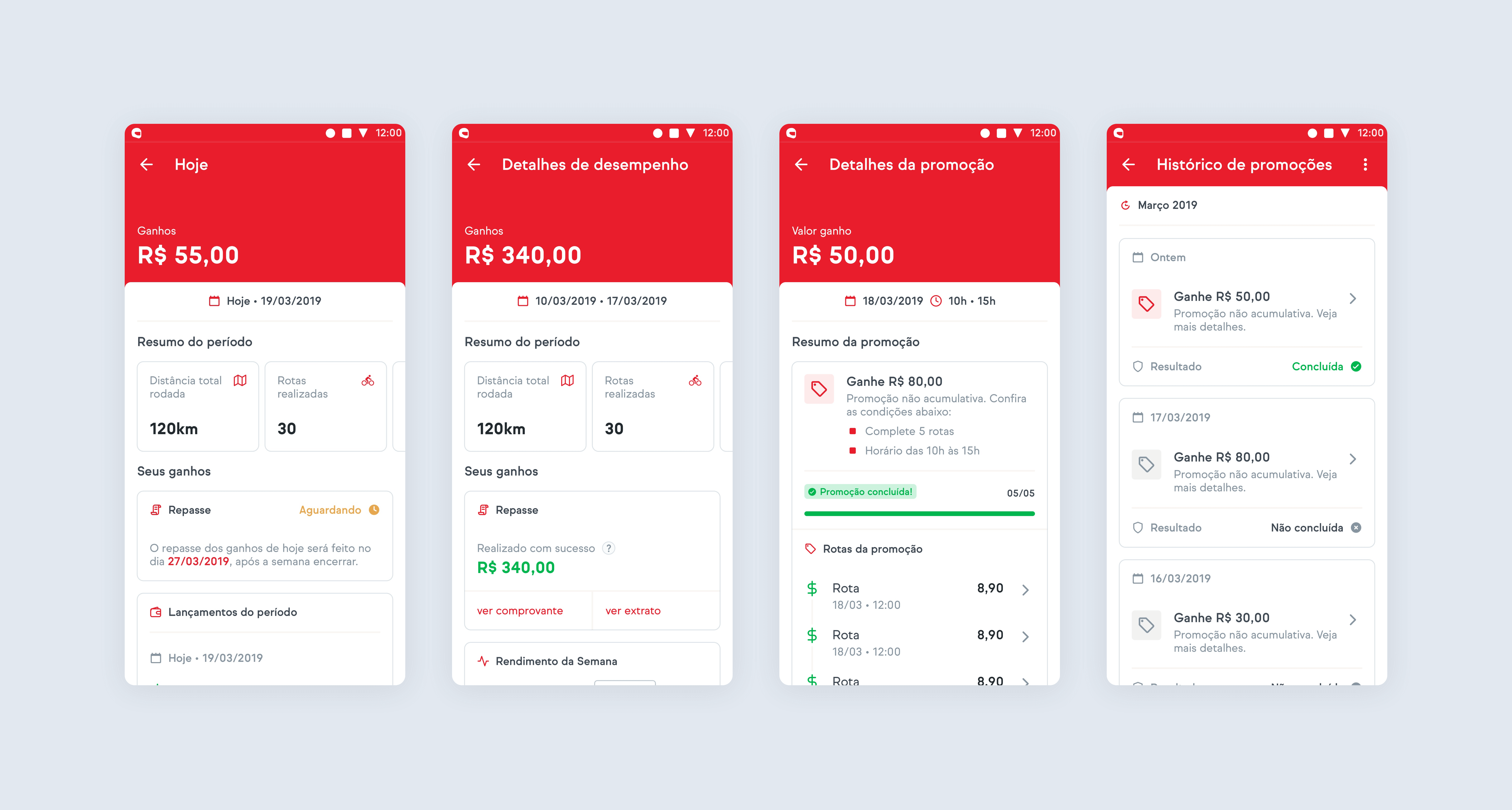 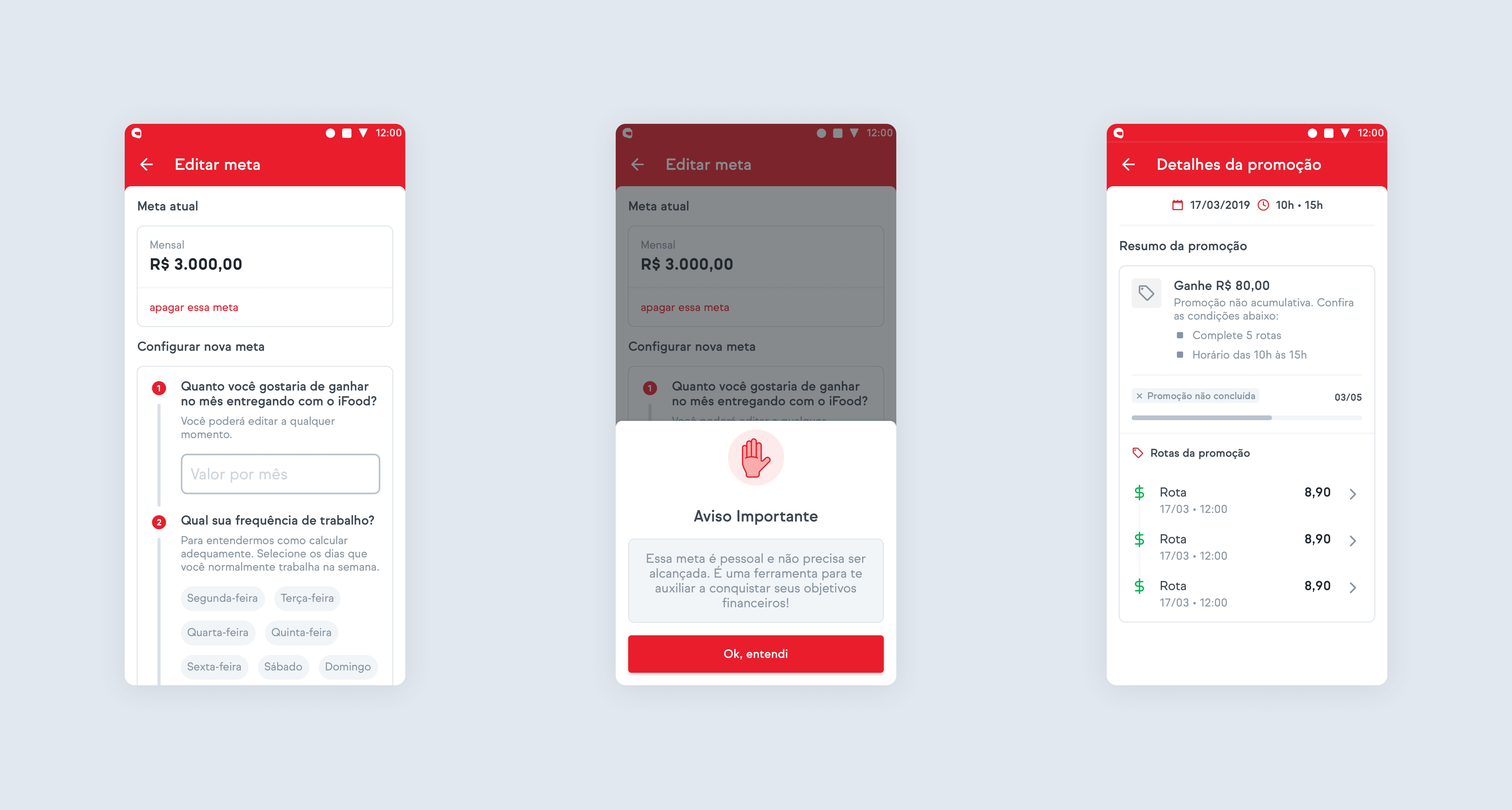