I am the master of my fate; I am the captain of my soul
― Invictus by William Ernest Henley
In need for CV?
There you go!
You can find me at:

Want to reach out?
daniloleal09@gmail.com
First chapters
I guess it all started with mom and dad naming me after some popular brazilian MPB dude. Somehow, from day one, music, art and expression was there. My folks always cherished and worked with arts, media and technology. Because of that, new tech gadgets were commonly around when I was only a kiddo. Giving form to things became a living need.

If you are a designer reading up, you might have started like me: drawing. Most designers found themselves in pen and paper. I used to spend hours after school trying to replicate characters from cartoons I watched. Countless papers, lots of colours, lots of rubber dirt. Technology naturally boosted the capacity of creating and I followed that boat very early on.
Choosing design
Looking back, it's hard to even say I chose design. I'm more inclined to think that design chose me. There's so many things I can relate to the act of designing that it's even harder to define what that really means. Back in school, I was too interested in history and social sciences in general. It's a non-stoppable curiosity to understand why we as humans behave certain ways.

What I eventually learned from a bunch of failed school exams was that whenever I found the right proper amount of interest to dig really hard at a certain topic, I'd probably succeed. That's when I noticed my thing was figuring why to behaviours, to human relationship with other humans and stuff around us.

By the time I had to figure out what to do with life and what college to enroll in, I already was creating stuff from quite a while. At that time, it was mostly connected to an artistic expression setting, as most designers may start out with. At first, design seems very art-ish. The designer, at a small company, may be known as the visual person. The one who would know how to draw something absurd, randomly, in the fly.

I eventually enrolled at a bachelors of Social Sciences at UFSCar, a public university in Brazil. There, stuff started to gain some really complex layers of academic gimmicks. There was so many cool topics being discussed there that didn't seem to reach the general public and thus not affecting every day life. That really bugged me out. My thinking was somehow inclined to believe we have to work ourselves out to make some difference in somebody else's life.

That's when I decided to drop out of it, even though the subjects discussed there being of my very interest to this day. Structural anthropology and sociology are the fundamentals of design and human behavior. And that started to clear the pathway to how I eventually merged somewhat of artistic expression with etnography-ish thinking. That, led up to... design.

Those days, I try to bond all of this reasoning to designing experiences. This may sound a bit over used but when you think hard about what actually is an experience, you see that everything is how it is because of how it was designed. The design always tells you stories about who designed, their motives, their beliefs and intentions. Sometimes, it's hard to point out who, but how. I like to bring back the fundamental concept that designing is giving form and function to abstract stuff. And I like simple and clear things. 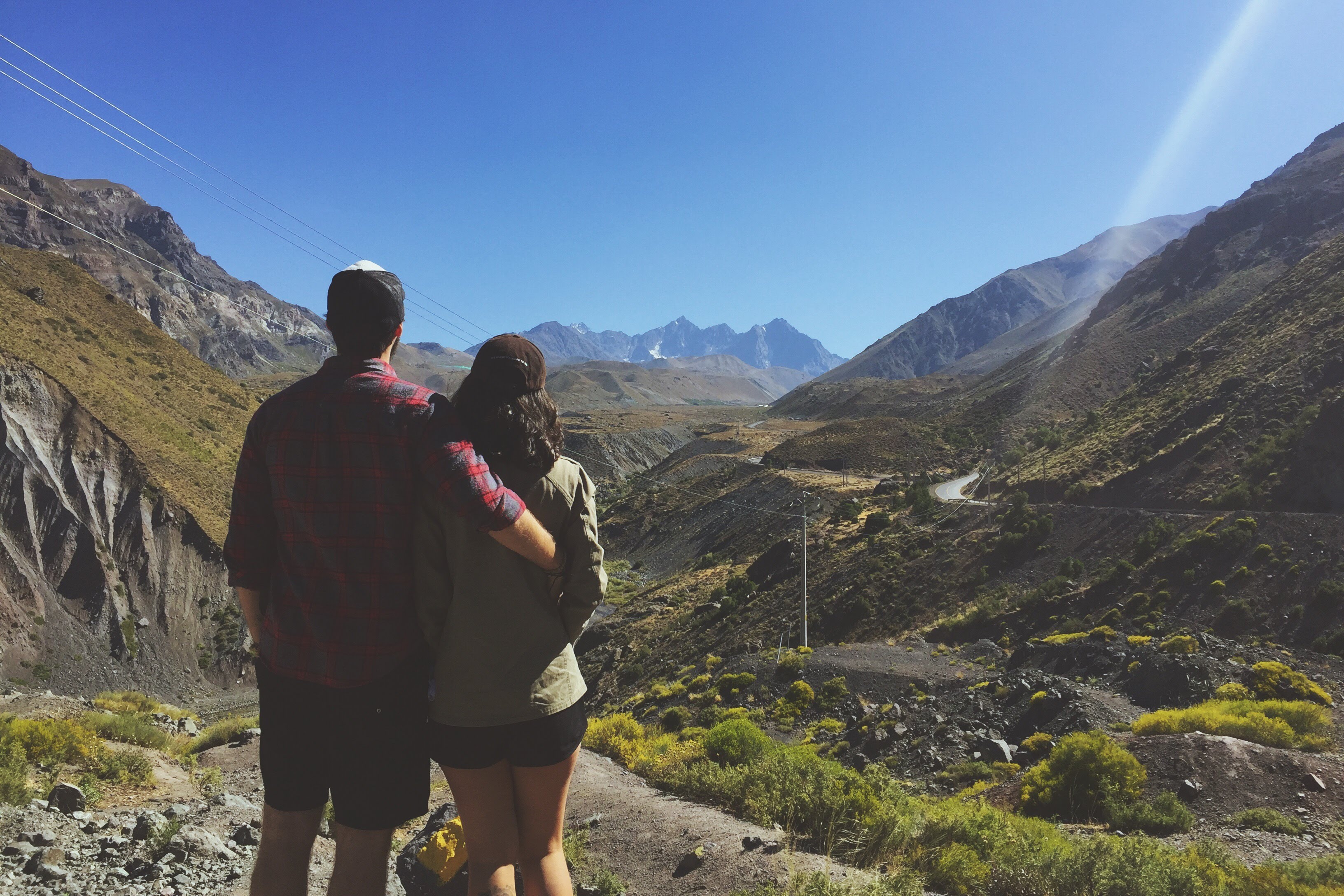 Me and my beloved Carina and the monumental Cajon del Maipo mountains.
On building products
I like to think about the concept of a product by being more than a tradable good in a too capitalistic environment. A product is the packaged result of someone's take in some problem. And I like to design good products. Good not only for me, of course, but to whom else will consume it, use it and enjoy it.

There's so much in order to do that, from strategy to deployment. I'm someone who dives real deep in every step, from research to shaping it out. And I nerd it out in all of them.
Change-log
Most of my career up to this point consists in working with complex systems in logistics business type of setting. I've been really enjoying doing these mostly because it's a daily exercise of thinking holistically about the environment.